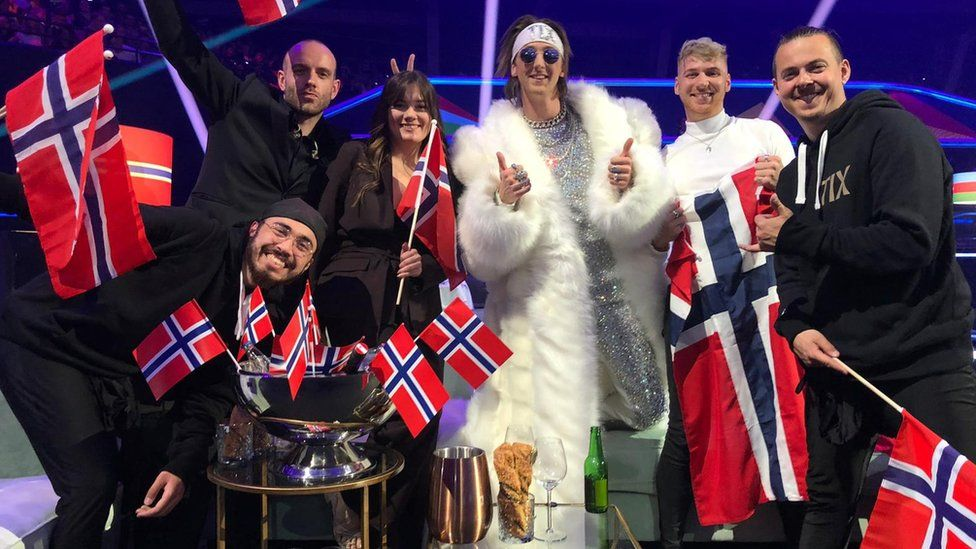 Normally, people with Tourette Syndrome (TS) aren’t eager to reveal it to friends or people close to them. I tend to feel the same way and it makes sense. This feeling of embarrassment of having a neurological condition, or making disruptive sounds, or doing vigorous body movements can make someone afraid of being judged by others around them. However, singer Andreas Haukeland, also known as TIX, diagnosed with TS, wasn’t afraid to show his Tourette self to the entire continent of Europe! In his brave performance in front of millions, Haukeland depicted the struggles of someone with tics, and the audience was able to see his repeated facial twitches and blinking actions. This level of courage amazes me. I am not sure most people, including myself, would ever be able to pull off such an act. Haukeland said that it was “one of the most difficult things [he] could ever do”. I completely agree with that.

What I like even more about this performance was the fact that TIX made this event not only about singing, but raised awareness about Tourette Syndrome, and how it affects millions. Through his song “Fallen Angel,” he was able to describe his struggles with tics, and how he used to get bullied when he was a kid, almost to the point of suicide. I know that Tourette Syndrome has a negative social stigma surrounding it. However, through TIX’s performance, a new light was shed onto Tourette Syndrome. He showed everyone that it is okay to have a neurological condition like TS, and you should embrace it and learn to live with it rather than let it get the best of you. It’s also amazing how he was able to place in the top 50% of all the 39 nations that competed, demonstrating how music can be used to convey persuasive messages. I appreciate and love how he was so passionate about the cause of helping people with tics, and I hope his dedication can inspire others to do the same.

These statements and performances by TIX are especially crucial during a time of a pandemic, when many people are experiencing an all-time low. To reach out to people with a neurological condition and speak to them through music is truly a gift. Music itself is an amazing method to communicate ideas and emotions, whether it is to stop racial segregation, accept people of different sexual orientations, or even enjoy your life while you are young. Using it to highlight a positive expression of a prevalent condition in the brain is only going to increase awareness for society on how to treat people with Tourette Syndrome.

Who is TIX? Norway’s Eurovision entry with Tourette’s

0 comments on “TIX and his Tourette Journey through Eurovision”