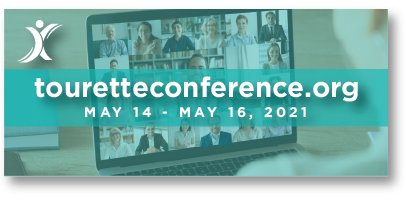 This past weekend, I had the amazing opportunity of attending a conference held by the Tourette Association of America. I was able to learn more about Tourette Syndrome (TS), and I found most of the information about teens with the neurological condition relatable to my own life. The speakers were all experts with information regarding their presentation topic. The passion with which they spoke about TS inspires me to reach out to other teens across the nation and share what I know. I attended several diverse seminars including the keynote address, and thoroughly enjoyed each presenter’s ideas.

To start off my conference on Saturday, I watched the keynote speaker, Dr. Ross Greene, an American psychologist, delve into the idea of a paradigm shift. Why do kids with TS act the way they do? Why do they exhibit what some may refer to as concerning behaviors? Can kids with TS control how they act and how they perform in a certain environment?

Dr. Greene answered these questions brilliantly, explaining how teens with TS lack the skills to not exhibit so-called “concerning behaviors”. They can’t control how well they perform on a test or in a class discussion because of their neurological symptoms. The negative stigma against teens with Tourette Syndrome often leads to frustration and worse treatment for these kids, since they can’t communicate as well as others. Dr. Greene described some of the important skills required for handling a frustrating situation adeptly— executive skills, communication skills, social skills, and many more cognitive skills— and how individuals with TS must develop these traits. Situations like the ones Dr. Greene described can be dealt with through cooperation from both sides and positive assistance for any kid with Tourette Syndrome. Identified as the “key helper roles,” specific actions such as identifying the lagging skills and solving problems collaboratively can help alleviate any stress or tension for a child with TS. Personally, I really value the idea of working closely with others, especially a teacher or well known adult, as they help find ways to engage in activities that distract me from my tics.

One of the most important concepts that Dr. Greene mentioned was the idea of prioritizing certain problems, and making sure you take care of the “big fish” first. He described three categories— safety, frequency, and gravity— which should be assessed before working towards a problem or lacking skill. I think that this is such an important idea, since you can’t reduce the severity of all of your tics at once. Something that I have noticed in my own life is that I am easily able to focus on one tic and find ways to reduce its frequency, and I tend to focus on the one that causes me the most disturbance in my daily life. This approach is also extremely common in Comprehensive Behavioral Intervention for Tics (CBIT), which is another great way to help teens with Tourette Syndrome.

This leads me to another great seminar that I attended during the weekend, presented by Dr. Kenneth Phelps, on CBIT. He discussed the approach to CBIT from a doctor’s point of view and also thoroughly explained why each step was very important for helping any individual with Tourette Syndrome. To start off, it is important to understand how each tic affects a patient on a scale of 1 to 10, and this is also used to figure out which tic is best to approach first to help increase the well being of the patient the most. He described how once each tic was identified, different methods of treatment could be used, whether it was habit reversal training or relaxation training. I was able to understand the habit reversal ideas much better since I have actually used them to reduce the severity of several of my motor tics. It starts with recognizing the urge to tic, and this can be large or small in different people. After that, you develop a competing response, which can sometimes be doing an action in the opposite direction of your tics to take your energy and muscles away from the tics. I find this really useful because it is just a small reminder in my brain for me to not tic, but perform a quick second action that doesn’t affect my life. I really enjoyed Dr. Phelps’ discussion of the developments in the treatment of Tourette Syndrome as more information was discovered about the neurological condition.

The last seminar which I want to share was presented by Dr. Charles Mansueto, and he described a fascinating concept of “Tourettic OCD”. This idea is especially intriguing to me as it goes beyond just tics. This idea refers to individuals who not only have sudden sharp motor vocal tics, but also have certain compulsions or obsessions that they deal with on a daily basis. This is especially tricky to work with, because for a very long time, it was thought that such people had TS and a learning disability such as ADHD or just that they had to perform a tic until it felt right, which can be classified under TS and not OCD. However, Dr. Mansueto described how differentiating the teens with Tourettic OCD is extremely important so that they can be treated effectively and so that they can prevent any evolution of the OCD in that individual. He talked about the distinct symptoms of both conditions, and how to distinguish between the two, which I found very enlightening.

Overall, I really enjoyed this three-day conference held by the TAA and I definitely look forward to attending other ones. I really hope I can take this knowledge to a new, personal level and help others around me.

0 comments on “My Takeaways From Tourette Association National Conference”