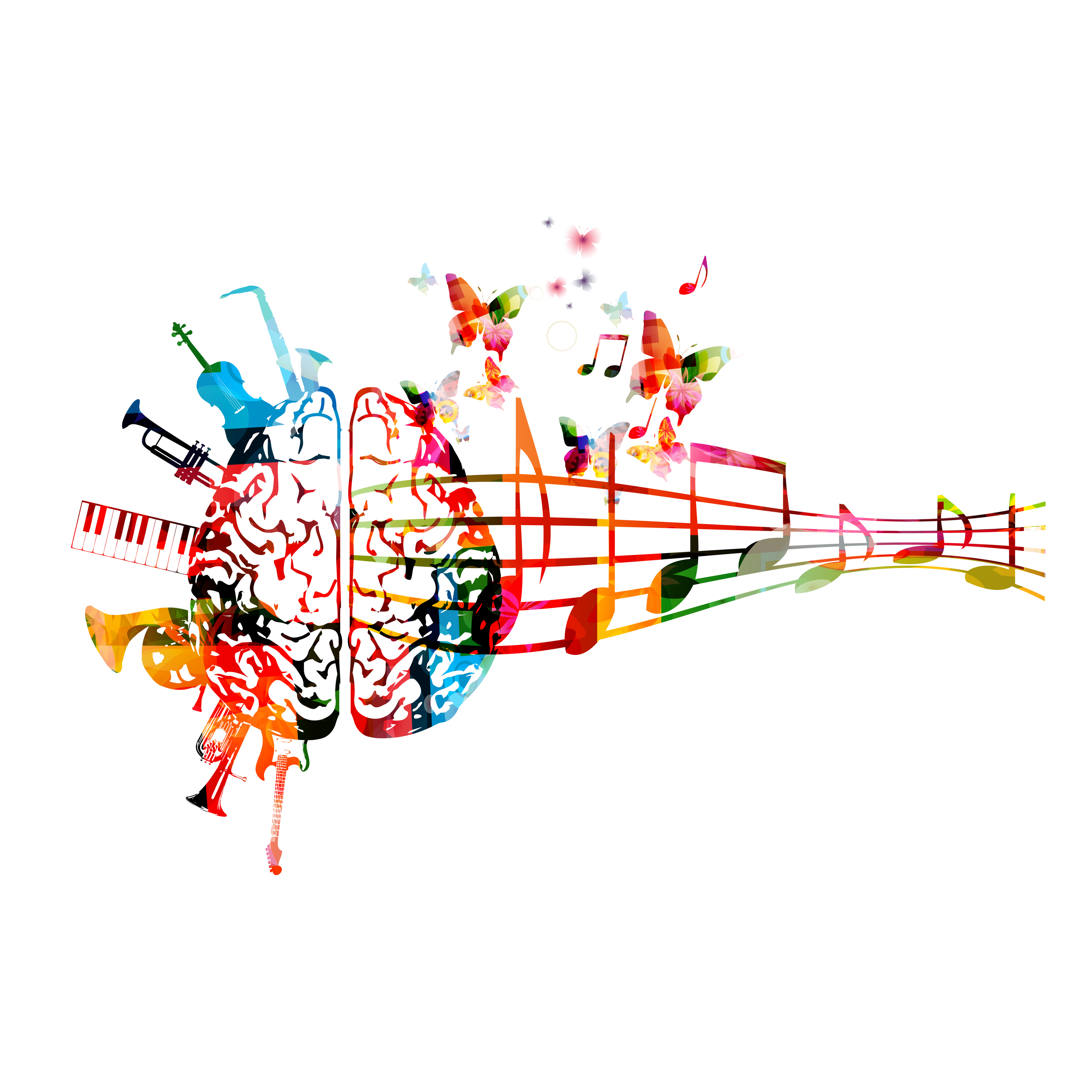 Around the world, tens of millions of people listen to songs every day, whether it’s a part of their favorite playlist or something that pops up on the radio. At music concerts, fans scream at the top of their lungs and jump up and down to so many pieces of music. At the same time, different songs spark various emotions in people’s brains, from pure elation all the way to anguish. How can a bunch of words in different pitches evoke such reactions? How can one artist bring together thousands from around the world to sing a few songs? As it turns out, it’s all related to the way our brain processes sound. Through Magnetic Resonance Imaging (MRI), scientists have been able to identify which areas of the brain “light up” during a specific activity, hearing in this case. From this, they can figure out what parts of the brain are used during an activity, and how they work together to eventually carry out the process.

First, I wanted to understand what actually happens in the brain when we hear something, so I did some research. After initially entering the outer ear, sound waves vibrate the bones and eardrum in the middle ear, which then passes on to the inner ear. This part houses one of the most important areas— the cochlea— which transmits the vibrations into electrical signals, which our brain can understand. Specifically, the cerebral cortex, which is involved in decision making and processing at a high level, helps analyze the rhythm and pitch of the sound waves, allowing your brain to fully comprehend whatever you hear. Something that’s also fascinating is that several other parts of the brain coordinate to help you understand noises. For example, both the motor cortex and cerebellum help you recognize rhythm, while the auditory cortex helps recognize the pitch and tone of a sound. And on top of that, humans have the amazing capability to remember songs, which is how we sing along at a concert or in the car; we can thank our hippocampus for that. It’s incredible that these are only a few regions of the brain that we use when it comes to processing, remembering, or even playing music!

Now let’s understand why some songs make us feel like we’re on top of the world, while others are there to comfort us when we’re sad. According to a study in 2001, music releases the same neurotransmitters that food or drugs do (thankfully, music’s not harmful). Research has in fact shown that “when a subject listens to music that gives them the chills, it triggers a release of dopamine to the brain.” Something that’s crazy is that we also release those chemicals when we anticipate moments that give us chills or make our heart race! Hearing a song that was popular several years ago can increase these chemical signals and give us that feeling of nostalgia. Similarly, the brain also recalls the event or memory associated with a song from the past. For example, if you listen to the song from Sound of Music, the brain may recall that it was the first movie you may have watched with your family!

Music recognition plays a key role in contributing to the feeling we get when we listen to a song. Through MRIs, researchers Robert Zatorre and Valorie Salimpoor have been able to observe how our brain functions when we hear a new song. Sounds that we have heard are stored in the superior temporal gyrus, and when we hear something new, our inferior temporal frontal cortex compares it with our stored memories, like what we do with taste. Our brain likes to find patterns with songs and when it does, that causes us to feel happier, and sometimes even makes us dance. Additionally, if we like music in general, a part of our brain called the nucleus accumbens, will release dopamine, the good feeling chemical. Nucleus accumbens “seeks pleasure and reward and plays a big role in addiction, as it releases the neurotransmitter dopamine”

Listening to music also keeps the brain engaged and provides a workout (John’s Hopkins). The brain does a lot of computing to decipher the music and that includes mathematical and structural decoding. Apparently, the brain also pays attention to the relationships between the notes as it listens to it to make sense of it.

From my research about the effect of music on the brain, I am amazed to see how many regions are involved in doing something as simple as remembering a song and singing along. While this may be an everyday activity for millions around the world, neurons and neurotransmitters are rapidly firing through our brain to help us do these actions, which just proves how complicated the human brain is.

Your Brain on Music: The Sound System Between Your Ears

The Psychology of Sound and Image: Why Some Songs Just Work

Does Music Really Make Us Happy? How Certain Songs Can Impact Our Brain

What Our Brain Looks Like When It Hears Music

Keep Your Brain Young with Music

Your Brain on Music